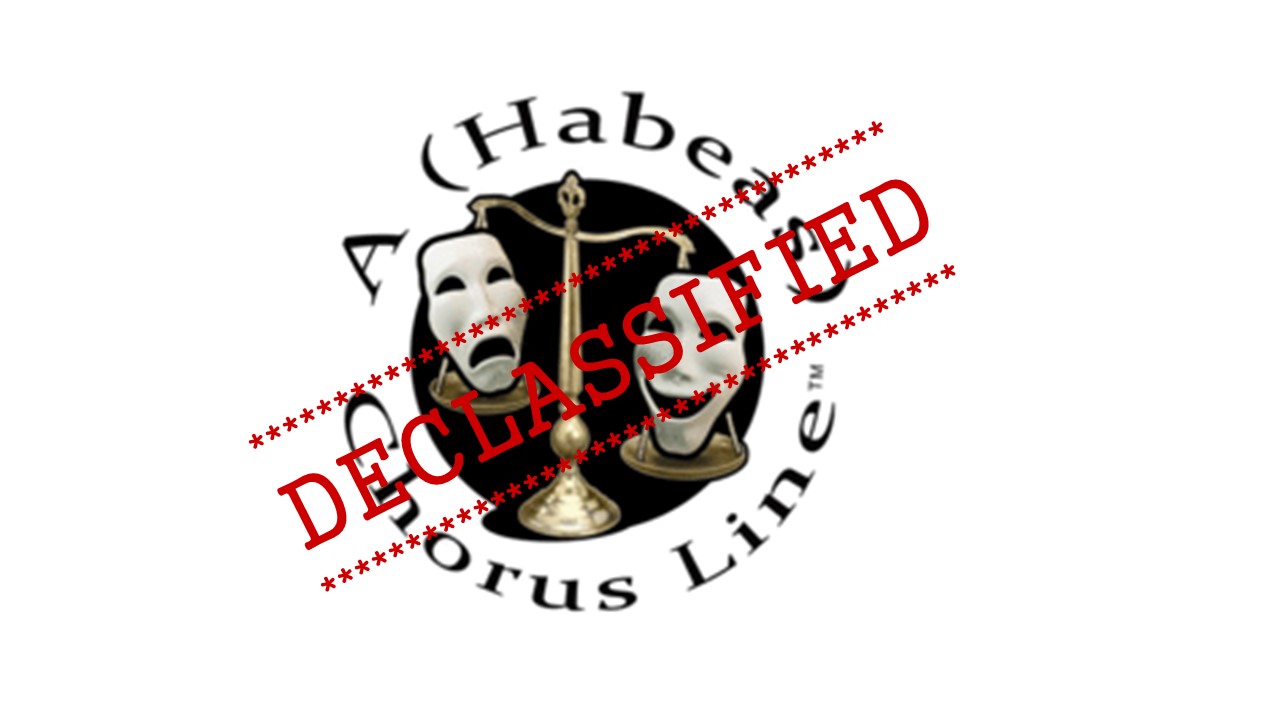 Using the “Think Method” popularized by Prof. Harold Hill in Iowa in 1912, former U.S. President Donald Trump has used his mental powers to officially declassify A (Habeas) Chorus Line. According to an unidentified National Security Agency official, who spoke on the condition of anonymity:

This means that you will be able to attend A (Habeas) Chorus Line’s shows without fear of prosecution for unauthorized exposure to national security materials.

The former President himself is reported to have said: